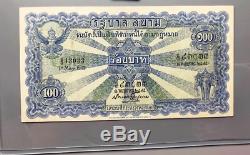 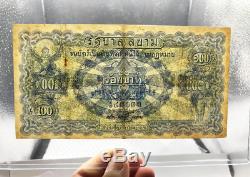 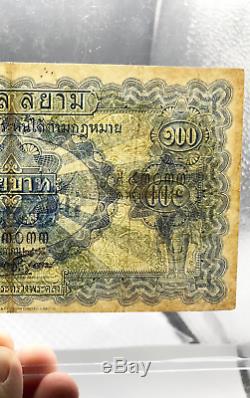 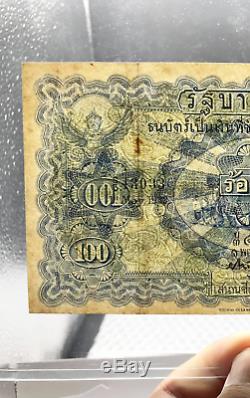 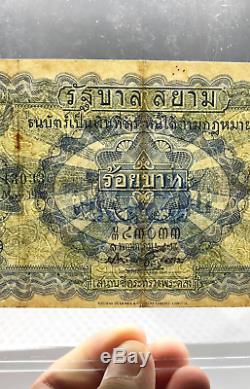 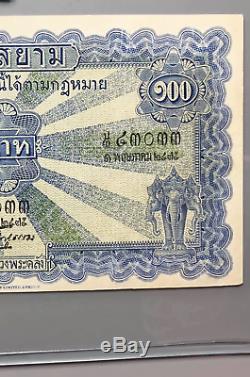 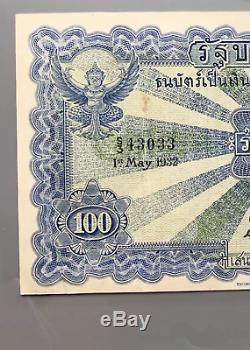 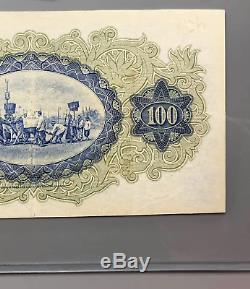 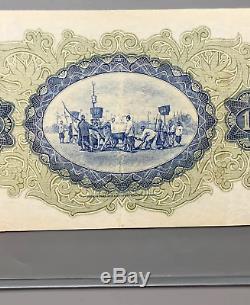 Banknotes Thailand Memorial King Rama VI Siam Valuable Currency Precious Rare. King Rama VI Banknotes 100 baht. King Rama VI Ascended the throne on 11 November 1910. At the beginning of the reign, the type 1 banknotes that had been printed since the previous reign, including those that had been ordered during his reign.

When the new reign was changed and the 1st series banknotes were almost expired, the Ministry of Treasury had the idea to change the new banknotes. Therefore preparing several banknote printing companies and finally agreeing to hire Thomas De La Rue England is the banknote maker.

Banknote type 2 is more special than banknotes type 1, which have embossed lines that make it difficult to counterfeit. And also increased the printing of the pattern on the back of the banknote as well, but this type 2 banknote has not destroyed the water in the paper.

King Rama VI has a royal initiative that the Royal Plowing Ceremony is an important ceremony that represents Thai commerce and culture. His Highness therefore selected it as the image on the back of the banknote.

People often call these 2 types of banknotes as plow notes. There are 2 types of 100 baht type 2 banknotes. Even in the meantime, the bank notes circulating in the system will have a message. Until the year 1928, the Currency Act was promulgated. The 100 baht type 1 banknotes were announced on 19 November 1928.

100 baht type 2 banknotes, announced on February 19, 1928. 9.50 x 17.50 cm. Grade 1 - Grade 100. There is a word "hundred baht" on the top of the pattern, with a radius of 12 points. Each point has a tiny text. The word Siamese government has Roman alphabet and Arabic numerals on the left. Thai alphabet and Thai numbers on the right Along with the date, month, and year of the banknote under the category of banknotes on both sides and the Thai alphabet and Thai numbers above the signature. Bank note on the back.

The picture of the chairman is a royal plowing ceremony. In the oval oval pattern With Arabic numerals on the right Thai number is on the left side.

Please consider the product on the pictures carefully before deciding to order. Feedback is very important to. BEFORE you give us or feedback. Please don't forget to leave us a feedback.

We strive to make you our customer happy. We are pround to offer you the best products from Thailand. The item "Memorial Banknotes Thailand King Rama VI Siam Valuable Currency Precious Rare" is in sale since Tuesday, March 24, 2020. This item is in the category "Coins & Paper Money\Paper Money\ World\Asia\Thailand". The seller is "star-shop19" and is located in . This item can be shipped worldwide.