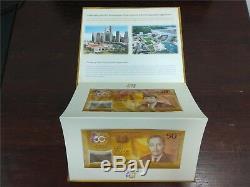 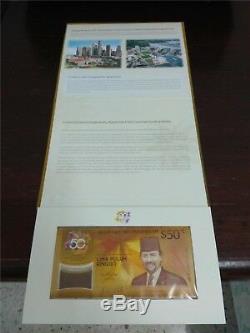 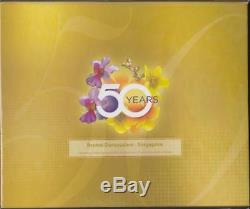 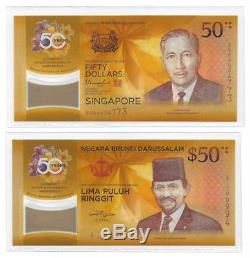 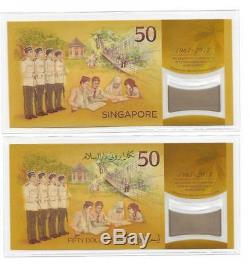 Note: The prefix number may differ from the photo shown. Currency Interchangeability Agreement between Brunei Darussalam and Singapore. The Currency Interchangeability Agreement (the Agreement) was established in 1967 to promote monetary cooperation between Brunei Darussalam and Singapore. Banks in both countries also accept for deposit, from the public and businesses, currency issued by the other country at par.

The Agreement reflects the continuing, strong bilateral relationship between the two countries, and financial cooperation between AMBD and MAS. 50th Anniversary of the Agreement. Each set was accompanied by a complimentary folder. The note is predominantly gold in colour and measures 158mm by 75mm.

This item is in the category "Coins & Paper Money\Paper Money\ World\Other Paper Money of the World". The seller is "bl-85" and is located in Nibong Tebal. This item can be shipped worldwide.